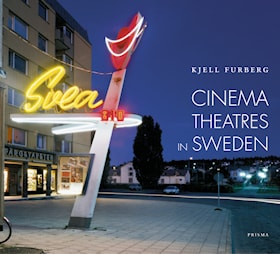 Cinema Theatres do not just mean film projection; the setting itself is of importance for the experience of 'going to the pictures'. Warmly glowing neon lights and an intimate atmosphere conjure forth a magical sense of occasion in these spectacular palaces open to the public. A cinema theatre is the most typical public arena of the 20th century. In a unique manner, cinemas reflect developments within Swedish architecture, interior design and furnishings during the entire century. Since the 1970s, new cinema premises have been multi-screen complexes with their massed auditoria. Despite the fact that many cinema theatres have been closed down and demolished since the arrival of TV in the late 1950s, in comparison with other countries, Sweden still has many well-preserved and magnificent cinemas - but for how long? During the 1990s, Kjell Furberg has photographed Sweden's cinema theatres and studied their history. In this pioneer work, he presents 122 cinemas ranging from the Saga in Kalmar, opened in 1906, to the Filmstaden multiplex in Malmö which was built in 1998. Reflecting the author's personal commitment to the world of cinema theatres, this book describes a significant part of the last century's Swedish cultural history. 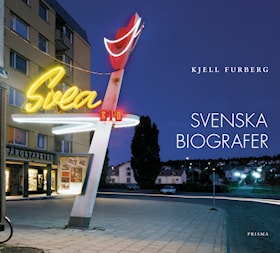